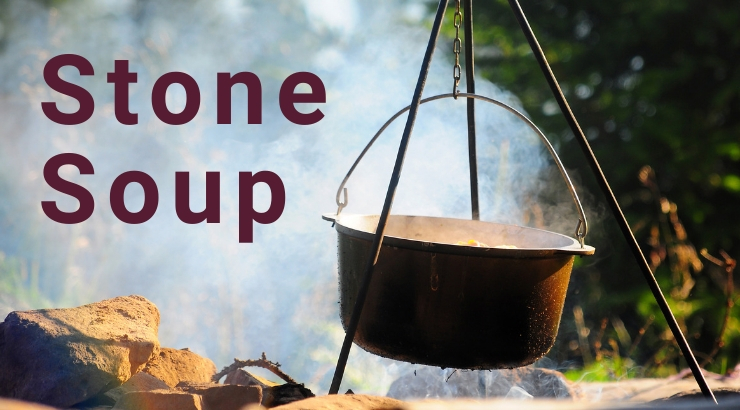 We are more generous when we are part of something that captures our imagination or fires our passions.

I take 10 percent off the top of my pay each month and offer it to God through my local church. I do this willingly, but it hasn’t always been that way. I used to resent every penny from my household that went to the church.

So how did that change? I’ll share little story I heard that I think gets to the heart of the matter. It’s the story of Stone Soup.

Once upon a time, two friends were traveling and came to a prosperous-looking town. They were hungry and had no food left, so they were happy be there. “Surely,” they thought, “we’ll get a meal here tonight!” But the townspeople were suspicious of strangers and didn’t want to help them. At each home the people told the friends they couldn’t give them a meal; that they didn’t even have enough for themselves.

As the friends sat in the town square wondering what to do, they had an idea. They gathered the people and told them: “Since you’re in such need yourselves, we’ll show you how to make stone soup so we can all eat well tonight!”

The people were eager to see how to make soup from stones - “How can we help?” they said. “We need a large pot of water, a cooking fire, and three smooth stones.” In no time, a large pot of water was heating over a fire as the friends inspected the stones, adding the three with “the best flavor.”

As the soup warmed, one friend said, “you know, any soup is better with a little salt and pepper”. The people quickly brought salt and pepper. After more stirring, the other friend said “this soup is coming along nicely. it’s too bad we don’t have some carrots. It would be even better with some carrot!” The people thought, and soon someone offered carrots for the soup. The friends stirred and tasted some more, then mused “this is so tasty! It’s just too bad we don’t have potatoes. Potatoes would make the flavor even more satisfying.” Again the people thought, and again someone soon offered potatoes for the soup. The friends continued stirring and tasting, then suggesting ingredients to improve the soup. Each time, someone from the town offered an ingredient.

Soon the soup was done, and the friends said it was the best they had ever tasted. As they invited everyone to eat, a townsperson suggested that such wonderful soup deserved a party, and everyone hurried to set up tables. Others brought bread, and drinks, and deserts, to serve with the soup. Still others brought instruments so they could sing and dance after the meal.

The whole town enjoyed an abundant feast – better than anyone could have imagined. The next day as the friends were leaving, the people wished them well and invited them to return any time. The End.

So what’s going on here? Why did the townspeople change their minds about sharing? They changed because they were inspired! The idea of “stone soup” captured their imaginations and fired their passions. And it engaged them in something they had a stake in. Instead of just being asked to give to someone or something else, they were asked to be PART of something. And that engagement changed them!

If we think about Stone Soup with respect to our giving, we can consider what “stones” engage our hearts and our generosity. My first stones were the love of Jesus, and God’s expectation that we will give. Those were what got me started on the path of giving. (And it was a path to be sure, as it took around two years for me to go from 0 to tithing.) Over time, I’ve added a third stone – the value I now place on Christian community and fellowship. I’d be lost without my small group!

Depending on where you are on your faith journey, and how your personality is wired, there are all sorts of stones that might inspire your giving, ranging from the sublime to the mundane: God’s love and salvation, worship, scripture, small groups, children or youth ministry, community service, our denominational ties, specific mission programs like Loudoun Homeless Services, REACH mission, backpack Buddies or the Salvation Army, ministering to our members, the beautiful sanctuary, specific leaders who inspire, and so on and so on!

I invite to consider what inspires you to give (or perhaps what might be in the way of your generosity), and to join me in giving generously to God’s church. 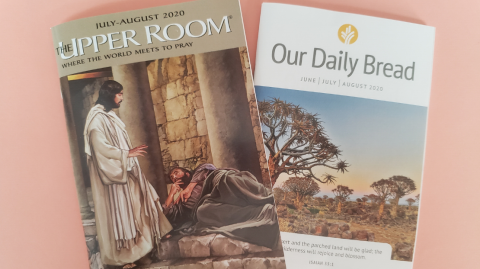 Upper Room and Our Daily Bread 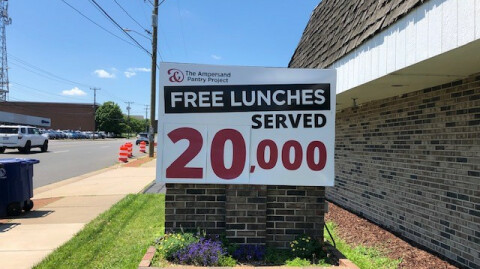 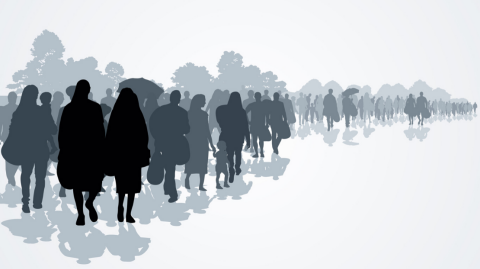