We're a modern congregation in a vibrant, bustling downtown, but we first made our mark over 250 years ago.

In the early 1760s a Methodist society was formed in Leesburg, Virginia, probably under the preaching of the fiery young Irish immigrant, Robert Strawbridge, a Methodist lay preacher who had settled first in Frederick County, Maryland. On May 11, 1766, Nicholas Minor, a founder of the new town of Leesburg, deeded a half acre of property to Robert Hamilton, a Methodist convert, for ''four pounds current money of Virginia, for no other use but for a church or meeting house and grave yard.'' The site is the earliest known Methodist-owned church site in America. On September 28, 1768, the deed was delivered to members of the Methodist society. The deed, recorded in Deed Book L at pages 451-453, may be seen today in the Clerk's office of the Loudoun Courthouse.

The building of a church was first noted in a road petition dated September 3, 1768, which proposed a road ''running past the Methodist Meeting House.'' The first church building was of soft field stone. Soon too small for the growing Methodist society, this first small building was replaced in 1785 by a larger church on the same site. This became known as the Old Stone Church.

Beginning as the only church building in the town, the church numbered among its members many of the leading citizens of colonial Leesburg. Prominent early Methodists buried in the churchyard include Richard Owings, first American-born local preacher, and Captain Wright Brickell, one of the original Book Stewards of the Methodist Societies in America. Francis Asbury's first recorded visit to Leesburg was on February 29, 1776. On May 19, 1778, the Methodist conference for all America was held here. It was also the first Methodist conference held in Virginia.

The Methodist Episcopal Church was formed at the Christmas Conference assembled at Lovely Lane Chapel in Baltimore in 1784. The Virginia Conference of the Methodist Episcopal Church met in Leesburg in August 1790 with Bishops Asbury and Coke present. By 1812 Leesburg had been put in the Baltimore Conference and that year was host to the annual meeting. Bishops Asbury and McKendree were both present along with 57 preachers. On May 1, 1816, the lot adjoining the stone church was purchased for one dollar from Samuel and Betsy Murray for the purpose of building a parsonage.

Leesburg was made a station in 1828 with 300 white and 80 black members. In 1848 the Old Stone Church congregation was split into two groups over the slavery question, the southern sympathizers forming the Leesburg Methodist Episcopal Church, South. After a period of alternating uses of the church, the southern congregation purchased its own property in 1852 for $700. A building, now the Leesburg United Methodist Church, was erected the same year and subsequently served as a hospital during the Civil War, particularly in the Battle of Balls Bluff.

The Old Stone Church entered a period of decline. Ultimately, at the end of the 19th century, black members formed the Mt, Zion Church in Leesburg and white members took their membership to the Leesburg Methodist Episcopal Church, South. The parsonage was sold in 1885 and in 1887 the 103rd session of the Baltimore Annual Conference was held here.

In 1901, the Old Stone Church property was sold by court order for $416.05. The building was torn down and the materials incorporated into various buildings in Leesburg. The walnut communion table, the communion cup and some benches are now in the Leesburg United Methodist Church.

In 1965 the Virginia Conference purchased the Old Stone Church and cemetery (at a cost of $5,000) for development as a denominational shrine. This is a special project of the Methodist Historical Society of the Virginia Conference. Boundaries of both the church buildings which have stood on the site were located and the corners marked. The original brick walkway was extended as a pilgrimage path around the foundations of the church. A visitors' exhibit shelter contains an interpretive display and significant grave sites in the churchyard are identified. Artifacts discovered during the archaeological study have been preserved by the Society in Richmond, Virginia.

A two-story Sunday School addition was erected in 1951 to the rear of the building, and after attendance doubled within a year, a new educational wing was completed in 1966 at a cost of $140,000. A note-burning ceremony and dedication service was held on Sunday, April 30, following the final payment in December, 1977. The present church was remodeled in 1979 and again in 1986. 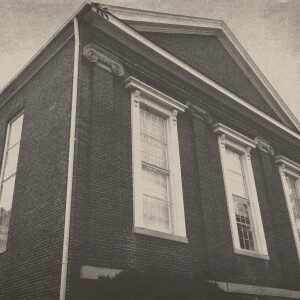 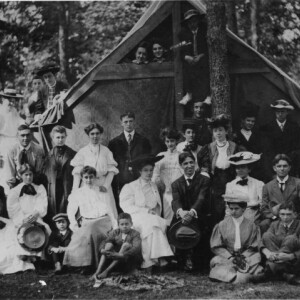 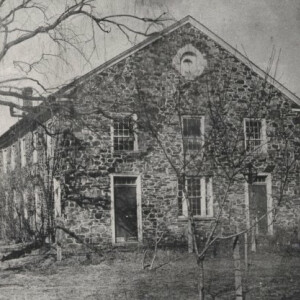 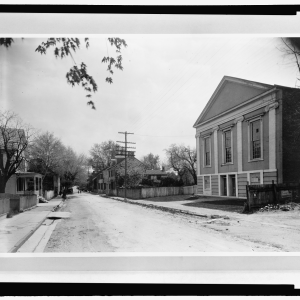